Southern California is home to a few different types of bees. Bees mostly help polinate flowers, but with the increase in Africanized honey bees combined with the drought we've seen in recent years, these bees are more aggressive while they search for food, water and shelter. All of our bee treatment services are customized to our client's needs. Our service plan is based on the type of bees found and where they've established their hive. In some cases, we may need to access a wall void to remove a hive. For more information about our customized bee treatment services, give us a call today! 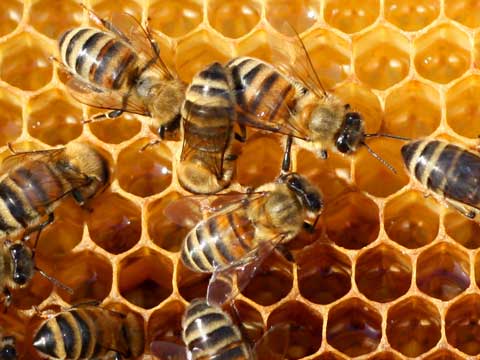 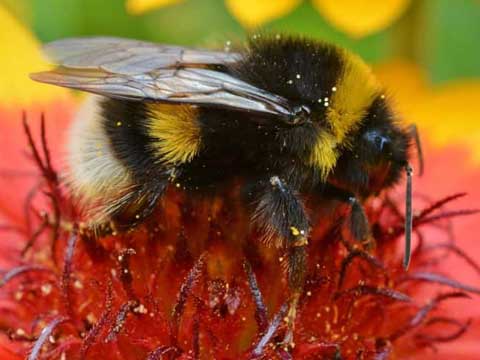 When treating bee infestations, we will begin the process by sending a professional, state-licensed and certified technician to inspect your property and determine what type of bee infestation you're experiencing. Once the source of the infestation is identified, we will customize a treatment plan based on your needs and budget.

Once the hive has been located, we will open up the location and remove the hive along with damaged interior wood members, drywall, stucco, siding and insulation. After the area is cleared of hive material and honey, your technician will sanitize the area to eliminate pheremones. The sanitization process eliminates pheremones preventing future colonies from restablishing themselves in the same location.

After the bees have been removed from the location, the next step is restoring the affected area to its former state. In addition to certified pest control experts, Southland Pest Control is staffed with a state licensed general contracting team. Total replacement and repair of all damaged materials is part of all of our bee hive removal services - we even include paint touch ups on the property. Any openings bees use to get into the structure will be sealed to prevent future infestations. All bee exclusion work carries a one year warranty. 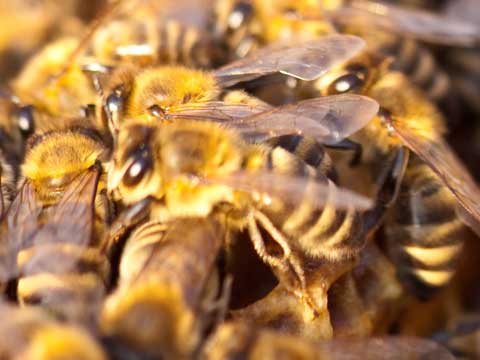 Africanized honey bees or hybridized bees are often referred to as killer bees due to their aggressive behavior. They look the same as honey bees, but they are very protective of their hive and will defend it in large numbers if they feel threatened. They can be provoked by loud noises and certain smells like barbecues, fires, smoke and even the breath of mammals. Although bees die after they sting, Africanized honey bees swarm their victims in such large numbers that multiple stings can be fatal. If you suspect an hybridized bee infestation, call us immediately for removal and stay indoors and away from the hive.

Bumble bees are large round bees, mostly found in LA & Riverside county during the spring months. These bees often live in low to the ground areas like gopher holes, underneath decks and other outdoor structures. These bees may defend their nests by stinging, and unlike other bees, they will not lose their stinger after they strike. 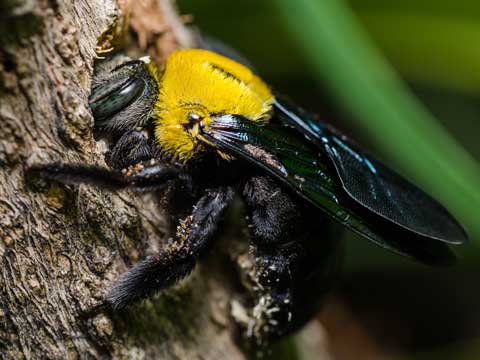 Carpenter bees get their unique name because they drill small holes in to wood to create their nests. These bees are usually found in small numbers and while they don't typically pose a problem for people, they can cause damage to fences, wood posts, eaves and decks.

Honey bees polinate flowers and generally help the environment. Honey bees are mostly active during the spring, summer and fall months of the year in LA & Riverside county. These bees will defend their hive if necessary, so if you're allergic to bee stings, it is important to relocate the hive. Since the climate in southern California is usually hot and dry year round, honey bees may be attracted to sources of water like pools and fountains. They may also establish hives in wall voids if they can access the space through cracks and crevices.

Southland Pest Control is a company that we can rely on. We often have to react to customer needs quickly and we know that they will take care of us when we need high-quality rodent control service.

Wow, I’m so happy with your service. I would just like to say thank you for your prompt and effective termite work, for your friendly and professional support staff! I will recommend your expert company to all my friends.

I just wanted to let you know that our property has never been pest free. What an amazing job your crew does! You are very professional, hardworking and show great pride in your work.